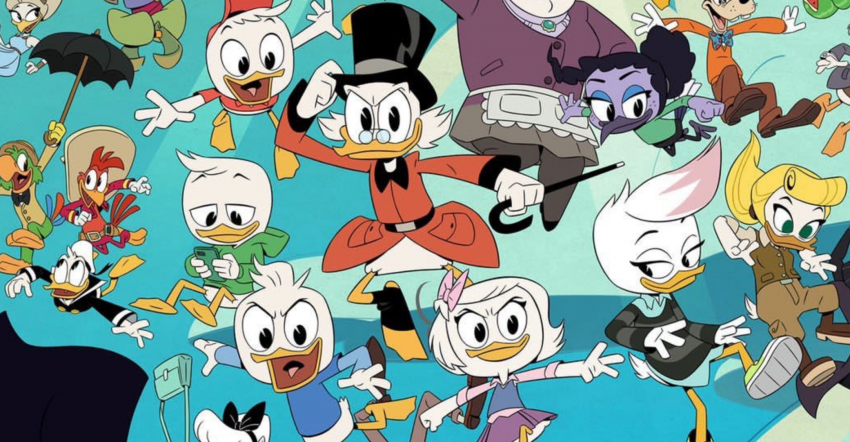 Disney revealed that the long-awaited third season of DuckTales will premiere on April 4th on Disney XD and Disney Now with two new episodes.

The third season also continues the Disney Afternoon connection. Scrooge will search for the world’s lost artifacts and a secret organization known as the Fiendish Organization for World Larceny (F.O.W.L.) will try to stop him at all costs. F.O.W.L. and Steelbeak, who were teased at the end of DuckTales Season Two, were Darkwing Duck’s archenemies in the 1991 Darkwing Duck television series.

Disney Afternoon characters that appeared in previous seasons of DuckTales include Darkwing Duck, his city Saint Canard, and his alter-ego nemesis Negaduck (from the 1991 Darkwing Duck series), gummi berries, the gummi bears (in silhouette), and the castle of Dunwyn (from the 1985 Adventures of the Gummi Bears series), Cape Suzette, the Iron Vulture airship, Captain Don Karage, and the sky pirates (from the 1990 TaleSpin series), the city of Spoonerville (from the 1992 Goof Troop series), the musician Powerline and his song Stand Out (from the 1995 Goof Troop feature film A Goofy Movie), and the hockey team The Mighty Ducks (from the 1996 series Mighty Ducks: The Animated Series, itself based on the live-action films and the NHL hockey team).

In addition, Donald’s sister Della sings a lullaby to her sons Huey, Duey, and Louie, based on the moon stage theme from Capcom’s 1989 DuckTales video game.

It looks like season three will continue being fun for adults who grew up with the 1987 DuckTales and the Disney Afternoon, as well as for the kids (and adults) who watch the 2017 DuckTales series with a fresh set of eyes.