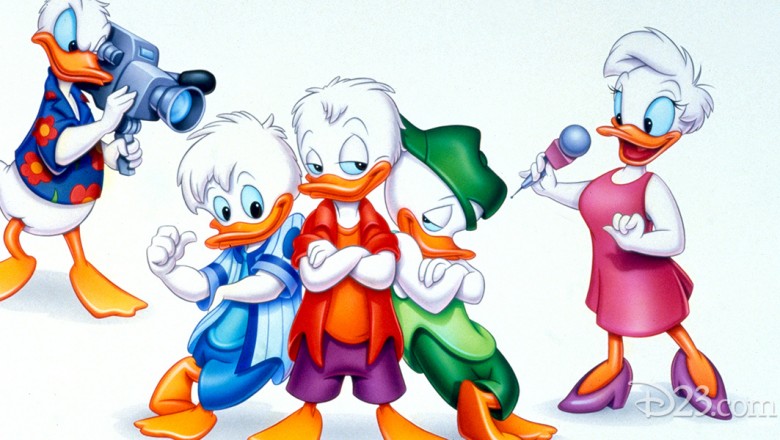 Quack Pack is available on Disney Plus.

Quack Pack was a 1996 show starring Donald Duck, Daisy Duck, Huey, Dewey, and Louie. It was based on the Donald Duck shorts, which was referenced in the theme song as it begins with the title card and music from the original shorts.

The fact that it was based on the shorts gave it a slapstick, abstract quality. This, combined with the show’s inclusion of human characters and the choice to not include characters like Scrooge or Launchpad, caused it to be negatively compared to DuckTales, a well-received show that also was on the Disney Afternoon cartoon block.

This caused it to only run for one season containing thirty-nine episodes. However, with the recent DuckTales reboot, it’s worth checking out Quack Pack again. It’s actually a fun little show, and some of the show’s character ideas actually made it into the modern DuckTales, with a few tweaks.

This is the first time that gave Huey, Dewey, and Louie had regular pre-teen voices rather than duckling speak. It’s also the first animated production where the twins were given individual personalities. Both of these carried over into the 2017 DuckTales series, however, personality traits were swapped. In Quack Pack, Huey was the schemer, Dewey was the intellectual, and Louie was the adventurer. In the 2017 DuckTales series, Huey was the intellectual, Dewey was the adventurer, and Louie was the schemer.

The episode itself is a fun one. Professor Ludwig von Drake, a mainstay in both comics and animation, shows the twins his inventions as the twins want to use one to help them clean their rooms. Of course, being pre-teens, they choose the superhero machine over the room cleaning machine. Huey gets super speed, Dewey gets a massive brain, and Louie gets super strength.

This leads to a fun series of sequences where the twins use their powers for frivolous things and end up doing more harm than good. Ultimately, Donald decides to use von Drake’s machine for himself, since he can’t convince his nephews to clean their room.

He accidentally turns himself into a villain, and things get really over the top and fun from here. Donald turns the universe into his battlefield, using Saturn’s rings as a slingshot and shooting planets and stars at the twins. This wonderfully shows how abstract and slapsticky the show can get, but this is where Quack Pack shines. It’s less like DuckTales and more like Freakazoid, and that’s the show’s best quality. When an animated show has an abstract sense of humor, nothing is off limits, and this episode demonstrated that in spades.

Quack Pack is a fun, underrated show. The Really Mighty ducks is a fantastic way to introduce the show. It’s abstract and silly and it isn’t afraid to go all out, giving a fantastic bit of animation, and some super fun and silly scenes and references in the process. If you go into Quack Pack with the mindset that you’re in for something super fun and silly, you should have an enjoyable time with it.