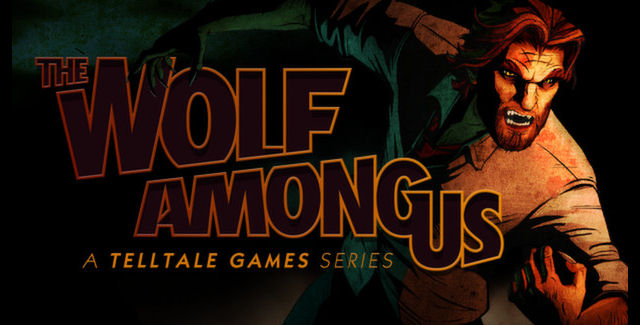 The Wolf Among Us Episode 5 review was previously published on The Adventuress on October 23, 2014.

The Wolf Among Us finale is here, and, despite some minor issues, it does manage to live up to expectations and end the season story arc well.

The story once again begins where the previous episode left off.  This time, Bigby finds himself confronting the person who is responsible for everything.  Of course, this person’s powerful friends are not willing to let it end without a fight, so things remain tough for the sheriff of Fabletown. Ultimately, the season’s premise comes to a head, as Bigby must decide how far to give into his primal wolf instincts towards those who are against him.

The new villain isn’t as over the top as the secondary villains, but this person is every bit as conniving and heartless as you’d expect a kingpin of the underworld to be.  The facial animation has been great this season, and it continues here, on both the villains and the rest of the characters.  The animation for the climactic battle against the secondary villain introduced in the third episode is especially well done, and is a treat to experience for both players of the season as well as fans of the Fables comic itself.  People have waited the entire season to see Bigby in action like this, and the wait has been worth it because Telltale has delivered.

The rest of the presentation continues to shine as well.  The backgrounds for both the new and returning locations are as well done as ever, and the music continues to add to the atmosphere of the game admirably.  The voice cast also delivers in the finale, as they deliver their lines with as much raw emotion as you’d expect at the end of such an intense investigation.  The return of an early determinant character from episode one is a clear standout here.  The actor’s performance is impeccable, as this character has lost so much, and you can hear it in his voice.  It is satisfying to hear him finally let his grief out.

The only slight drawback of the episode is the area in which other episodes of this season has shined. This season has eschewed puzzles and direct controlled action completely for choice based gameplay that affects the way characters are treated and to a latter extent directly affects the course of the story. For the most part, that continues here.  The choices that Bigby makes in this episode directly effect the way the finale unfolds,  However, some of the choices that have been made earlier don’t feel like they have affected the story as much.  Some of the story feels railroaded, especially in one instance at the end, where it feels less like Bigby has affected those events, and more like the story was shifted in one direction in order to fit in with the established events of the the comic.  It’s only in this one instance where that feeling is exceptionally strong, so it’s not too much of a deterrent.  Overall, the season wrapped up satisfyingly.

The season finale of The Wolf Among Us manages to be a satisfying wrap up to an excellent season. The story continues to be strong, and the characters are as well portrayed as ever, both the new and the returning.  The animation continues to be excellent, especially in the climactic battle against the season’s secondary villain.  The music and general art style of the game also continues to add to the atmosphere of the game.  The choice based gameplay isn’t quite as strong here, so it doesn’t quite alleviate the lack of puzzles and direct controlled action as much as previous episodes.  However, it is only really one choice that feels forced to adapt to the story, so in the end, most of the choice based gameplay has worked well this season.  There is also one plot string that is intentionally left open at the end,  which hopefully means that Telltale is planning more adventures in the Fables universe.    If it’s as strong as this season, another adventure would certainly be welcome.

(Side note: If you don’t like gameplay that utilizes choice based consequences but still want to experience the story, Vertigo will be releasing a graphic novel adaptation called Fables: A Wolf Among Us later this year.)