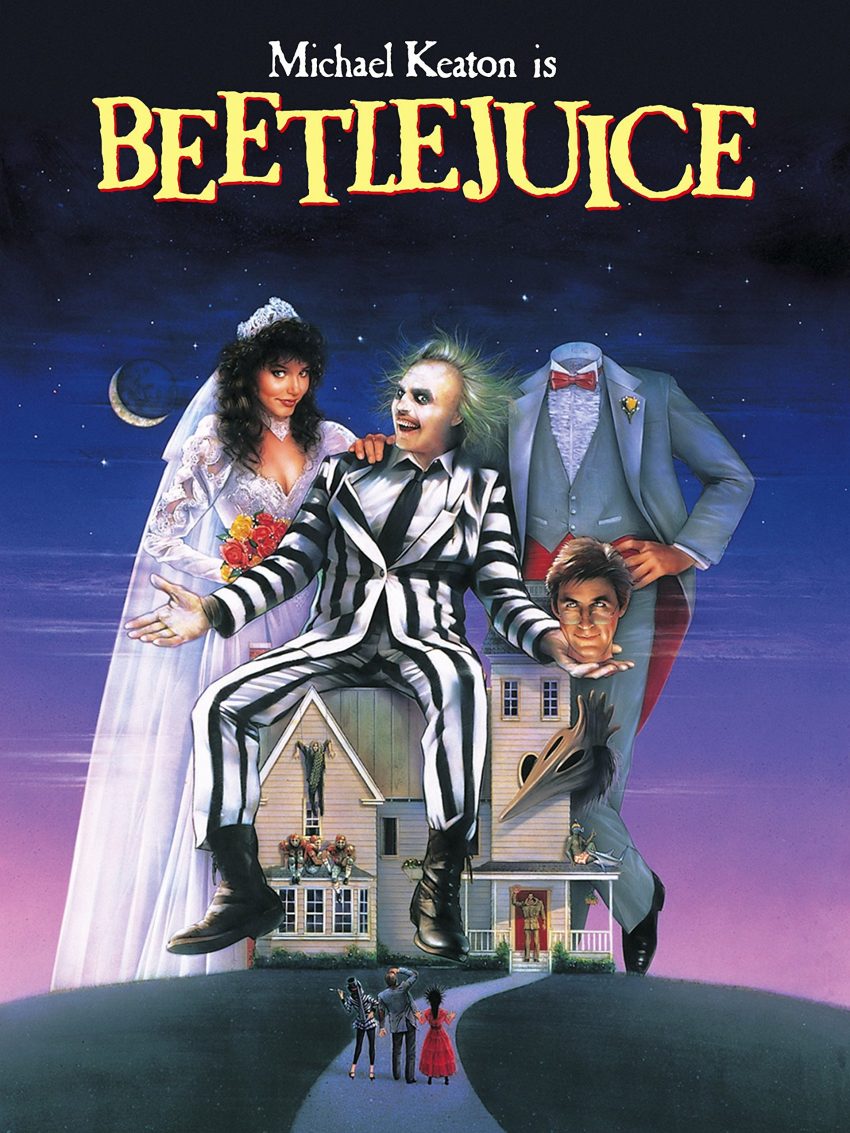 The Beetlejuice review was previously published on Jupiter Beagle on October 15, 2008.

Beetlejuice is available on DVD and on streaming services.

Beetlejuice is from the master of the horror-comedy, Tim Burton.

Beetlejuice features a newly-wed couple who die in an accident as soon as they move into their new home.  Before the couple even realizes they are dead, their home is put up for sale.  The new family, the Deetzes, move in and turn out to be quite opposite to the folksy attitude of the deceased couple.  They decide that they want to scare the Deetzes out of their but turn out to be too nice to do so.  They decide to hire a self-proclaimed “bio-exorcist” named Beetle Juice, who turns out to have his own ulterior motives for helping them out.

The cast is brilliantly cast.  Michael Keaton is perfect as the wise-cracking, foul-smelling undead con-man Beetle Juice.  Alec Baldwin and Geena Davis are the , folksy, newly-dead couple.  Jeffery Jones and Catherine O’Hara are wonderful as the pretentious Deetzes.  Winona Ryder plays probably the most memorable role of her career as Lydia Deetz, the daughter of Charles Deetz, a gothic girl who has an obsession with the morbid.

The musical score by Danny Elfman is wonderful and is very memorable.  The film also contains a memorable song and dance comedy routine to the tune of Day-O (The Banana Boat Song).  It happens so abruptly and is so delightfully strange, but somehow manages to not feel out of place.

Beetlejuice is a comedy classic.  The music is great, the comedy is wonderful, and all of Tim Burton’s trademark nightmare-like sets and creature designs are here. If you haven’t seen it yet, take the time to watch it.

Final Verdict: Five out of five