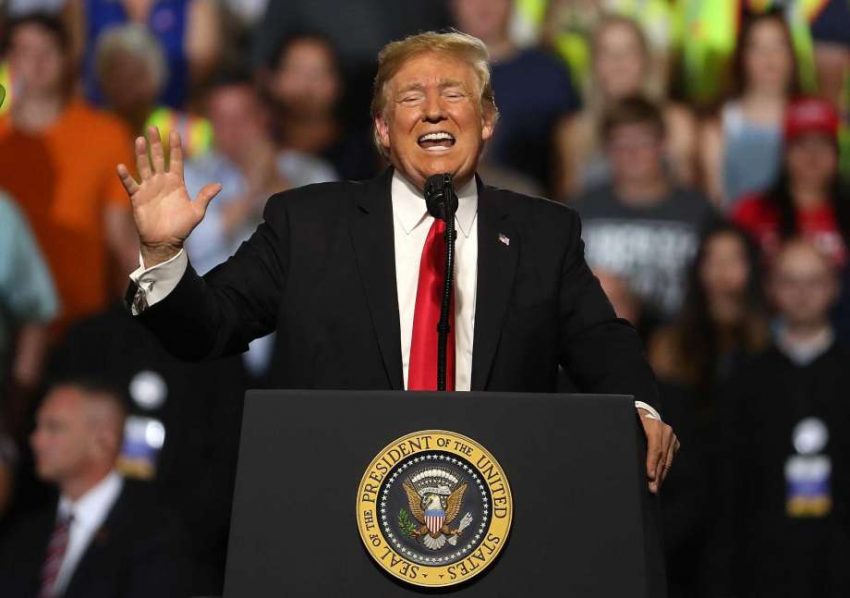 President Donald Trump falsely claimed that he never offered $1 million to Senator Elizabeth Warren, D-Massachusetts, if she took a DNA test and it proves that she had Native American ancestry. This offer was given after he and other conservative figures cast doubt on the story, which the Warren family passed down through the generations, that Senator Elizabeth Warren’s great-great-great-grandmother, O.C. Sarah Smith was part Native American.

At a rally in Montana on July 5, 2017, President Trump, who often used the racial slur “Pocahontas” against Elizabeth Warren, stated:

“We will take that little [DNA] kit, but we have to do it gently. Because we’re in the #MeToo generation so we have to be very gentle. And we will very gently take that kit and we will slowly toss it, hoping it doesn’t injure her arm even though it only weighs probably two ounces. And we will say: I will give you a million dollars, paid for by Trump, to your favorite charity, if you take the test and it shows you’re an Indian… we’ll see what she does. I have a feeling she will say no but we will hold it for the debates.”

Senator Warren had the DNA test, conducted by Carlos D. Bustamante of Stanford University, and revealed that it showed she had a Native American ancestor “in the range of 6-10 generations ago” in the Boston Globe on October 15, 2018. She made a tweet to President Trump that stated that she would like the $1 million sent to the National Indigenous Women’s Resource Center.

By the way, @realDonaldTrump: Remember saying on 7/5 that you’d give $1M to a charity of my choice if my DNA showed Native American ancestry? I remember – and here’s the verdict. Please send the check to the National Indigenous Women’s Resource Center: https://t.co/I6YQ9hf7Tv pic.twitter.com/J4gBamaeeo

President Donald Trump later made new claims, that weren’t present in his original offer, that it was conditional on her winning the Democratic nomination, and if he could “test her personally”.

In response to that, Senator Warren retweeted the video of Donald Trump’s new conditions, and stated “We all know why Donald Trump makes creepy physical threats about me, right? He’s scared. He’s trying to do what he always does to women who scare him: call us names, attack us personally, shrink us down to feel better about himself. It may soothe his ego – but it won’t work”.

We all know why @realDonaldTrump makes creepy physical threats about me, right? He’s scared. He’s trying to do what he always does to women who scare him: call us names, attack us personally, shrink us down to feel better about himself. It may soothe his ego – but it won’t work. pic.twitter.com/2rfPSlvlQA