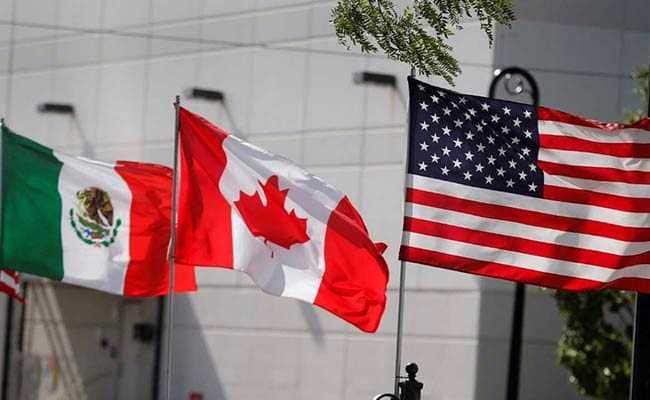 After several weeks of negotiating, Canada and the United States agreed to the provisions so that the trade agreement would include all three countries that were previously part of the North American Free Trade Agreement, which went into force on January 1, 1994. Prior to NAFTA, the United States and Canada had the “Canada-United States-Free Trade Agreement”, which excluded Mexico, and was signed by both countries on January 2, 1988.

The agreement covers a wide range of trade, from agricultural produce and manufactured products to digital distribution. Compared to NAFTA, this agreement will give dairy farmers in the United States more access to the Canadian market, will have guidelines that will have a higher percentage of automobiles made in the United States and Mexico, will eliminate Canada’s Class 7 pricing provisions on certain dairy products, and will have a raise on the duty-free limit in Canada from $20 to $150. Not all of NAFTA’s provisions are removed from this new agreement, as the dispute resolution system from NAFTA is present in the USMCA as well.

President Trump had rallied against NAFTA during his campaign for President. He had felt that the United States was not benefiting from that agreement, compared to the other two signatories. After several weeks of negotiations, President Trump has provisionally accomplished his goal. All three parties have agreed to the terms of the agreement, but it will not go into effect until it is signed by the leaders of each country.

President Enrique Pena Nieto of Mexico is leaving office on December 1, 2018, since Andrés Manuel López Obrador was elected President during Mexico’s July 1, 2018 elections. Because of this, and the fact that sixty days are required as a review period, the text of the agreement was finalized on September 30, 2018.

Before the President of the United States can sign the agreement, it has to be approved by Congress. Due to the review period of sixty days, it is likely that Congress will vote on the agreement at some point in 2019.