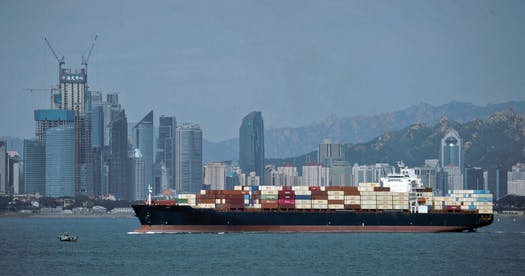 China has openly stated that they are actively trying to impact and change our election by attacking our farmers, ranchers and industrial workers because of their loyalty to me. What China does not understand is that these people are great patriots and fully understand that…..

…..China has been taking advantage of the United States on Trade for many years. They also know that I am the one that knows how to stop it. There will be great and fast economic retaliation against China if our farmers, ranchers and/or industrial workers are targeted!

The existing tariffs have already caused financial harm to American farmers. In July, President Trump authorized up to $12 in emergency aid to farmers to compensate for the loss of sales from the lack of trade in American goods due to the tariffs.

The photograph in the header was taken by a photographer for the Associated Press.