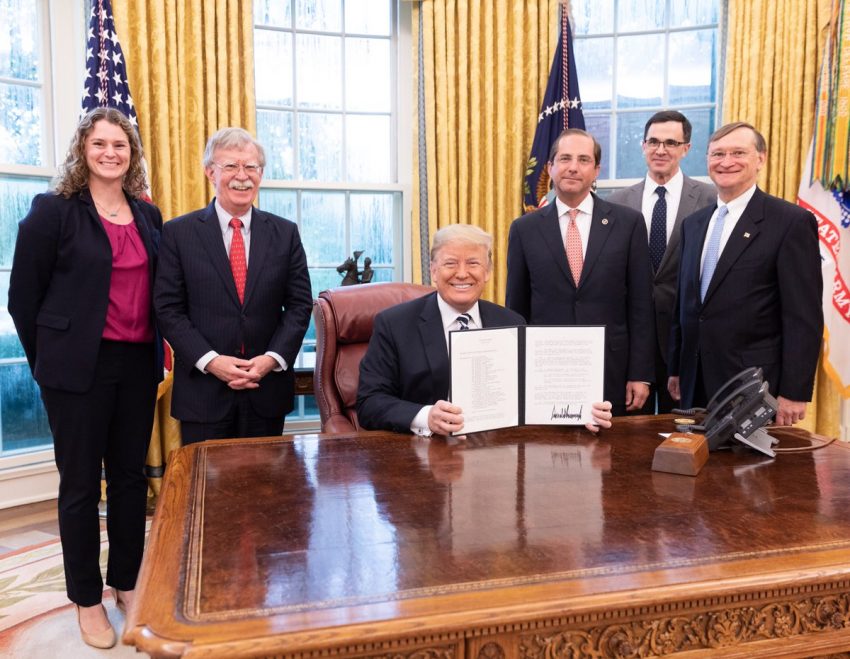 President Trump signed a new biodefense strategy, which repeals policies that were put in place in the George W. Bush and Barack Obama administrations, and assigned a cabinet-level committee to determine gaps in the nation’s biological defense, which will be put into place by Health and Human Services.

Today, I took action to strengthen our Nation’s defenses against biological threats. For the first time in history, the Federal Government has a National Biodefense Strategy to address the FULL RANGE of biological threats! pic.twitter.com/kW7Ug1DA6q

HHS Secretary Alex Azar will lead the Biodefense Steering Committee, which will enact policies coordinated and developed by the National Security Council. Previous administrations already assessed biological and chemical threats, but the process is now consolidated into the council and the majority of the authority in administering the policies will be imbued inHealth and Human Services.