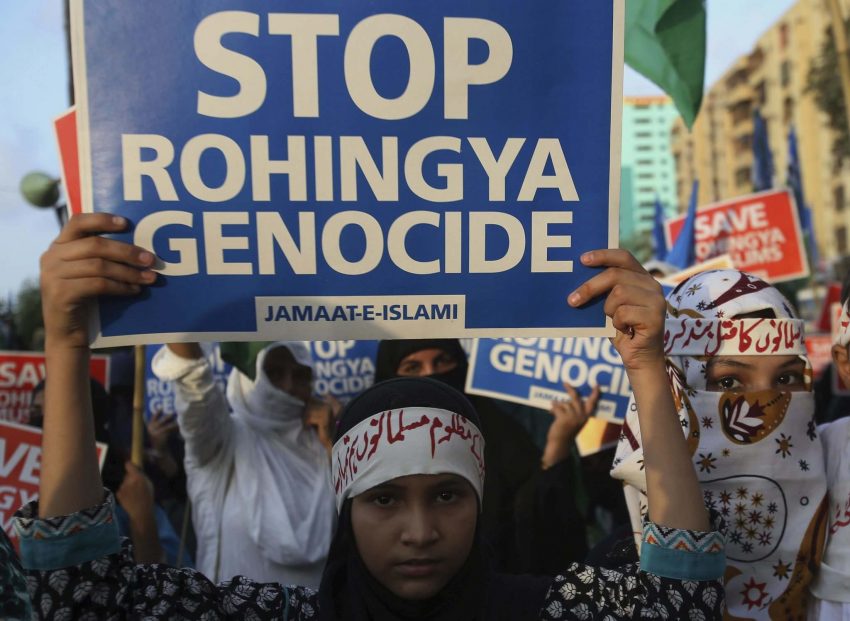 An Australian United Nations investigator, Chris Sidoti, was interviewed by The Daily Telegraph ahead of the release of a 400-page report, written by Mr. Sidoti and two other people, to the UN Human Rights Council in Geneva on Tuesday. The report details the acts of genocide committed by the Myanmar military against the Rohingya people.

It includes 875 interviews with victims and witnesses, along with satellite imagery, documenting the shooting and stabbing of the Rohingya people, including children, burning of Rohingya villages, and gang rape on a large scale, committed by the Myanmar military.

In the interview with The Telegraph, Mr. Sidoti stated, “the level of trauma in the camps in Bangladesh is beyond anything I have ever seen”.

Last month, according to Reuters, Myanmar rejected United Nations reports that called for Myanmar’s top generals to be prosecuted for genocide, calling them “false allegations”.

The United Nations panel recommended a referral to the International Criminal Court (ICC) in The Hague as an option. Other options could include a specialized criminal tribunal or an individual country exercising its rights to universal jurisdiction for crimes of this magnitude.

The interview in The Telegraph also made the point that Myanmar’s State Counsellor Aung San Suu Kyi should not escape responsibility for the genocide. “The very first thing she could have done was not provide cover for the military by dismissing the overwhelming number of reports of mass rape as fake.  She could have refused to provide a fig leaf for military atrocities of the most serious kind… she has enormous moral authority, she won 80 percent of the popular vote in the 2015 election,”

Mr. Sidoti stated that the failure of the international community to act sooner is “the most haunting question of all”.

The photograph in the header was taken by Fareed Khan for The Associated Press.