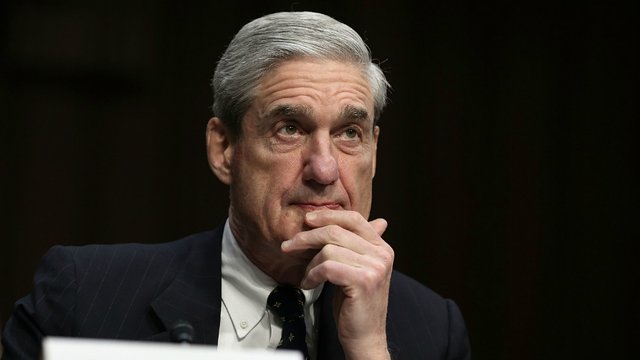 President Trump falsely claimed that the special counsel’s investigation into Russian interference is illegal and that the Clinton campaign colluded with Russia, on top of false claims that he had made previously.

The illegal Mueller Witch Hunt continues in search of a crime. There was never Collusion with Russia, except by the Clinton campaign, so the 17 Angry Democrats are looking at anything they can find. Very unfair and BAD for the country. ALSO, not allowed under the LAW!

President Trump repeated his false claim that Special Counsel Robert Mueller’s investigation into Russian interference is a “witch hunt”. The investigation is legitimate, since eight people pleaded guilty to charges and are cooperating with the investigation, and 25 Russian nationals and three Russian entities were accused of tampering with the 2016 election in favor of Trump. In addition, Trump repeated his false claim that the special counsel investigation is being overseen by “17 angry Democrats”. Three of the seventeen attorneys working on the investigation are registered without a party affiliation, plus one of those three was reported to be previously registered as a Republican at age 18. MIC News covered these false claims in detail yesterday.

“The Attorney General, or in cases in which the Attorney General is recused, the Acting Attorney General, will appoint a Special Counsel when he or she determines that criminal investigation of a person or matter is warranted and that investigation or prosecution of that person or matter by a United States Attorney’s Office or litigating Division of the Department of Justice would present a conflict of interest for the Department or other extraordinary circumstances; and that under the circumstances, it would be in the public interest to appoint an outside Special Counsel to assume responsibility for the matter.”

Donald Trump also repeated his claim that the Clinton campaign colluded with Russia, which stems from his 2017 quote of Fox News revealing that the Democratic National Committee and the Clinton campaign paid the Washington, D.C. based research and strategic based intelligence firm, Fusion GPS, to gather opposition research on Mr. Trump.

“Clinton campaign & DNC paid for research that led to the anti-Trump Fake News Dossier. The victim here is the President.” @FoxNews

Fusion GPS hired the former head of the Russia desk at the British Secret Intelligence Service, commonly known as MI6.  Neither the DNC nor the Clinton campaign were aware of Christopher Steele’s involvement, and Mr. Steele was unaware who had paid for the research. This research ultimately led to the compilation of the Trump-Russia dossier, which Mr. Steele turned over to the U.S. Justice Department due to his concern that Russia may have compromising material against Donald Trump. It is common for politicians to pay for opposition research on their opponents, and it is not illegal.

The photograph in the header was taken by a photographer for Getty Images.