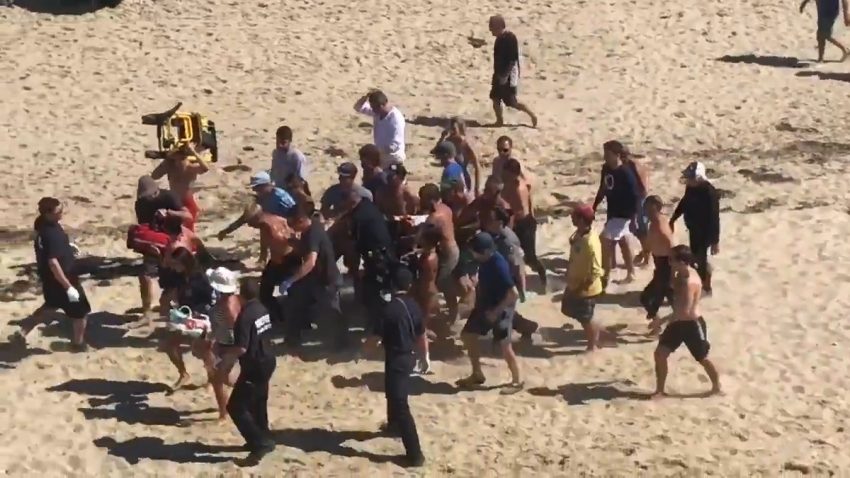 A 26-year old man from Revere, Massachusetts died today after being bitten by a shark at approximately noon Eastern Daylight Time while swimming off the coast of the Cape Cod beach, Newcomb Hollow, in Wellfleet, Massachusetts.

Wellfleet police officials stated that he succumbed to his injuries as he was transported via ambulance. He arrived at the Cape Cod Hospital, where he was pronounced dead.

Following the attack, the beach has been closed for swimming.

The image and video were taken by the Massachusetts ABC affiliate WCVB-5.