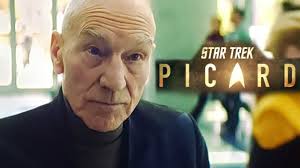 At the New York Comic Con, a new trailer for Star Trek: Picard was released, which revealed that the 10 episode series will premiere on January 23, 2020 on CBS All Access.

The series is set 20 years after Star Trek: Nemesis, and is also set after the prime universe sections of 2009’s Star Trek, which revealed that the planet Romulus was destroyed after a failed attempt by Ambassador Spock to save it.

The series sees a retired Jean Luc-Picard brought back into space to protect a young woman. It also features returning Star Trek characters, played by their original actors, including Data, Deanna Troi, Will Riker, and Seven of Nine.