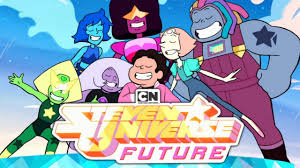 They also released the new opening for the season, which replaces the theme song “We are the Crystal Gems” with “Here We Are In the Future” from Steven Universe: The Movie.

Not much is known about the new season beyond the synopsis, which sees Steven running out of problems that he can solve for other people which makes him have to begin facing his own problems.