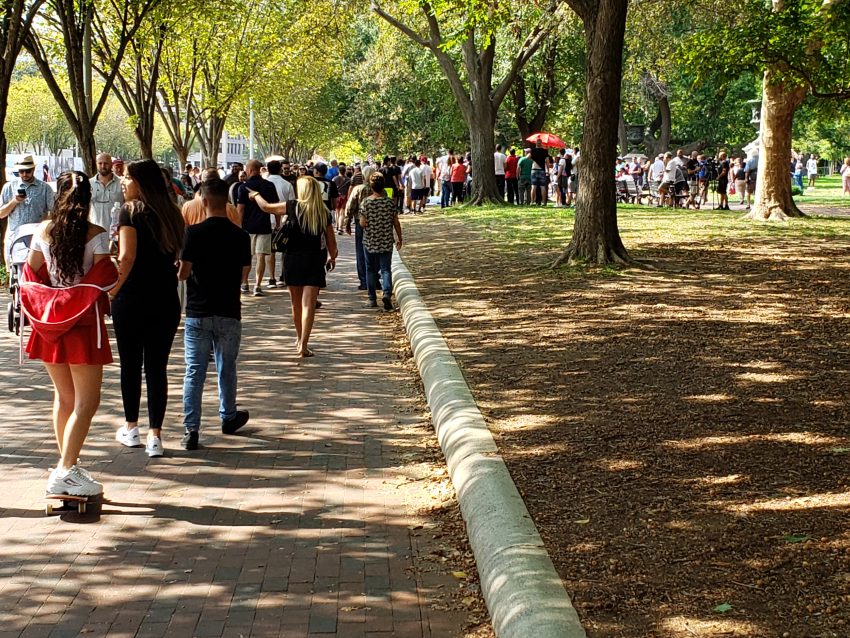 We were at the National Trans Visibility March on DC, which was held on September 28 in Washington DC.

It was held to protest the actions the Trump administration has taken against transgender and gender non-conforming Americans, from reversing Obama era advancements in civil rights such as openly serving in the military to the upcoming Supreme Court case that will decide whether the Civil Rights Act gender protections also cover transgender and gender non-conforming individuals.

It was estimated by the organizers of the event that thousands of people attended. It was announced as the first march so it is likely that it will be held again in the future.