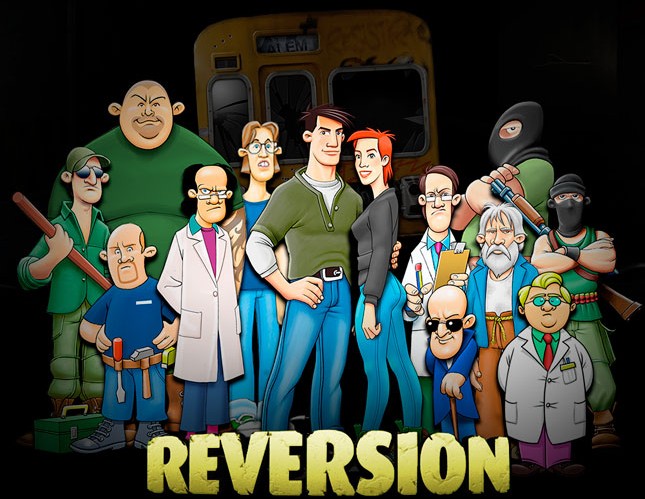 Reversion The Meeting is a much meatier game than its predecessor. It also is a much more fun experience.

Reversion: The Meeting picks up right where Reversion: The Escape left off. The amnesiac man meets with the woman from the hospital, briefly, and then he is left trying to find his next contact.

It is much more interesting than it sounds. His contact is shrouded in mystery, and protected by gadgetry, so he must use his ingenuity to get to him. Once he does get to him, he finds himself in a conspiracy, and as he uncovers more of it, he finds that he strangely has vague memories of the mystery that he is uncovering.

On his way, he meets several interesting characters, and new locales to explore. He is given a GPS which he can use to travel around the wasteland that used to be Buenos Aires. There is much more to do this time around, as there are several new locations. The hospital, the sole location from chapter one, must also be re-visited. Doing so even solves one minor mystery left open from the last chapter.

With all of the highlights, there are still a few missteps, mainly in the translation. The Portuguese to English translation is still a bit rough, and there are portions where the English dialog sounds a bit off, or where a question isn’t worded exactly right, leading to an unexpected answer. It’s nothing too major, as it doesn’t detract from the main story. However, it is noticeable.

Reversion: The Meeting vastly improves upon the first chapter with multiple locales, interesting puzzles, and an intriguing story. However, some of the wording gets lost in translation, leading to some awkward phrasing here and there. Ultimately, though, the plusses way outweigh the negatives, and the second chapter of Reversion is miles above the first in every respect. It is definitely worth a play.