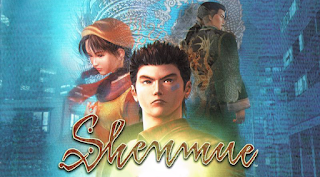 Shenmue is undoubtedly an influential title in the history of video game development but, while it still does mostly hold up decades after its original release, its bogged down by a few things that have been refined in later titles.

Shenmue was created by Sega designer Yu Suzuki to address problems that he saw in the role-playing genre in the 1990s, in order to create a game that would feel more realistic than what came before. He coined a new term for the genre of the game he created, FREE, or Free Reactive Eyes Entertainment. It combined aspects of role-playing games, graphic adventure games, and even fighting games using the Virtua Fighter 3 engine.

The game follows a seventeen-year-old Japanese boy named Ryo Hazuki, who witnesses the murder of his father by a mysterious man named Lan Di, who claims that he was seeking vengeance, as the elder Hazuki had murdered his own father. Not believing that his father could be a killer, and wishing to seek vengeance himself for his father’s death, Ryo begins asking around his home city of Yokosuka, Japan, in an attempt to discover where Lan Di was from, and where he had headed after he murdered Ryo’s dad.

The painstaking detail in the recreation of 1986-era Yokosuka is Shenmue’s greatest strength. Even the weather patterns match up with the real weather in the city in 1986. The attention to detail extends to the characters as well.  Every non-player character can talk to Ryo. Every business with an hour of operation sign can be entered when the business is open. The city even includes an arcade that contains the classic 1980s arcade games created by Yu Suzuki, Hang-On and Space Harrier. Bars, stores, and other buildings also let Ryo collect gatcha capsule toys, play billiards and darts, and try his luck at pachinko. These are side activities that Ryo can play when not furthering the main story, however, there are also scrolls that can be purchased to give Ryo new moves that he can use in the fighting sections of the game.

The game has a lot going for it, as it has an interesting cast of characters, an interesting story, and wonderful music, and it contains an interesting combination of adventure and fighting mechanics. It looked fantastic when it first released in 1999 and still looks decent today, especially in the recent Shenmue I+II compilation.

However, its biggest drawback has always been the English voice acting. It is dreadfully wooden and is a bear to drudge through. Luckily, the aforementioned Shenmue I+II collection includes the ability to combine the Japanese voice actors with the English script. This makes the game quite enjoyable and well worth playing, as long as you don’t mind the outdated tank controls and the slow-paced gameplay in comparison to modern open-world games.