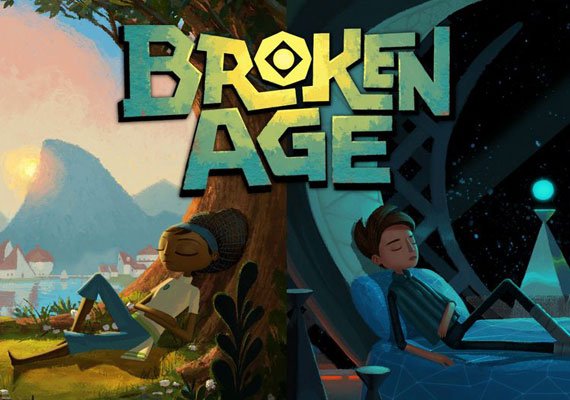 The Broken Age Act 2 Review was previously published on The Adventuress on May 23, 2015.

The final act of Broken Age is finally upon us, giving us the last two-thirds of the adventure. There is a much more challenging adventure in this part of the game, and it continues on the best things that the first act delivered, telling an interesting story, punctuated with great music, voice acting, and a charming art style. There are a few bumps in the road, but, for the most part, Broken Age Act 2 has managed to live up to expectations.

Act 2 begins where the last act left off, with Shay and Vella trapped on opposite sides of their worlds. As expected, roles flip as Vella explores Shay’s ship and Shay explores the towns that Vella had visited earlier.  There are a few new areas, but mostly this act revisits previously seen areas. However, the change in protagonists, and the changes made by the actions performed in the previous act, mostly keep the locations from feeling stale.

As was hinted prior to release, the difficulty level of the puzzles has increased in the second act, which makes sense design-wise, as the first half only made up one-third of the total game.  There are a number of puzzles which require the player to write down the solution, or, as I did, consult screen captures.  This is a throwback to old adventure game design, but as has been done in some modern adventures prior to Broken Age, the puzzles fit into the game, so the older style of gameplay works. There are also puzzles which require Shay to use the knowledge that can only be learned on Vella’s side of the game world and vice versa.  These changes in puzzle mechanics help a lot towards making the second act feel fresh, while still working well with the first act to make up a complete gaming experience.

Since most of the locations take place in areas already visited, the cast of characters in the second act has already been seen, although some are revealed to be quite different to how they presented themselves previously.  This actually works well, as most of the characters are given the time to get some character development.  The characters are all once again voiced excellently, and the music once again works well to set the mood of the game.  The story in the second act is written well, managing to tie up most of the plot threads.  The game ends with a definite possibility of a sequel, but it is self-contained enough to feel like a satisfying conclusion to the journey of Shay and Vella.

The conclusion of one of the most followed adventure games in the history of the genre has turned out to be quite satisfying.  That said, some of the puzzle design might be considered frustrating to some, as it is anchored in an older puzzle design philosophy.  The rest of the presentation makes up for any shortcomings, however.  The story is excellently written, with the right amount of comedy and drama.  Most of the locations of the second act were visited previously, but this worked in the game’s favor, as it gave time for most of the characters to get some character development.  The art style, music, and voice work have all remained top notch, and have all combined quite well to bring the world of Broken Age to life.