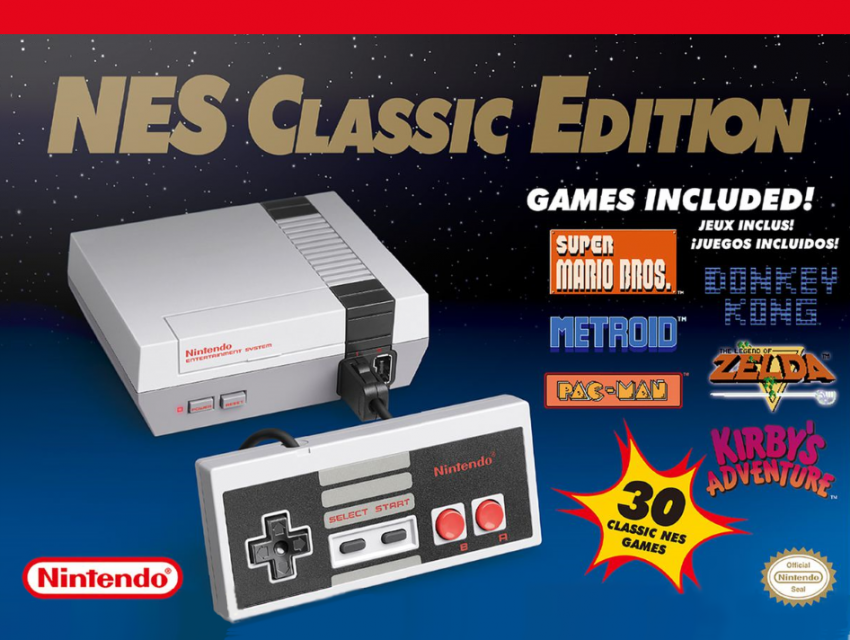 Nintendo didn’t start the idea of the mini-console revival of classic systems. Atari and AtGames been releasing their own mini-consoles for years.  Nintendo did manage to turn the practice around, as these were once seen as niche novelties, but they are now big business, with Sony entering the trend.

We’ll look at each of the mini-consoles available from Nintendo and Sony, but we’ll look at Nintendo’s first Classic Edition offering, the miniaturized version of its classic 80s console, the Nintendo Entertainment System.

This is obviously more powerful than the 1.79 MHz CPU on the original NES, so the games, powered by an emulator created in-house by Nintendo European Research & Development, run silky smooth. They are also much than the original, as they are output at full high definition, but there is a cathode ray tube filter available in the options for purists.

We’ll be looking at each game in upcoming posts, which will be available to view by clicking the respective game link above. But, suffice it to say, for the current retail price of $60 it’s well worth spending if you or someone you love is a fan of retro games. The NES Classic Edition will cease production in 2019, so grab it now while you still can.