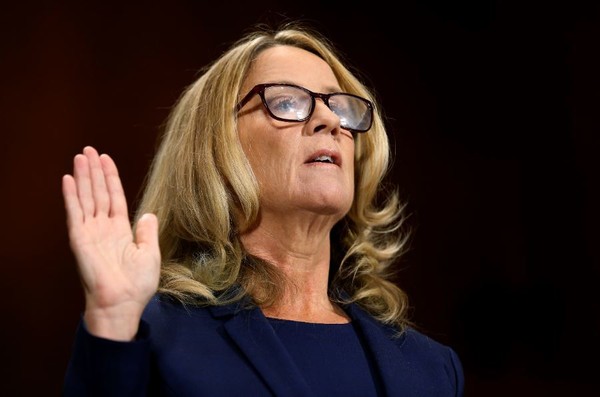 Three women accused Judge Kavanaugh of sexual misconduct when they were younger. All three called for FBI investigations into the accusations, but they were denied.

Dr. Christine Blasey-Ford claimed that he, and his friend Mark Judge, sexually assaulted her at a party in 1982, when now-Judge Kavanaugh was 17 and she was 15.

Julie Swetnick accused Judge Kavanaugh of being present at a high school party when she was the victim of a gang-rape.

Today, the Senate Judiciary Committee allowed only one woman, Dr. Blasey Ford, to speak. She denied accusations that she might have mistakenly thought that the teenager that had abused her was Brett Kavanaugh, stating that she was 100% positive that Judge Kavanaugh was the person who had sexually abused her as a teenager.

She said that she had dealt with decades of traumatic memories and decades of shame, and didn’t come forward until now due to that shame, but she felt a civic duty to come forward. She also said that she was emotionally distraught over the months of media hounding and death threats.

The panel is largely divided by political lines, with Republican senators accusing the Democrats of delaying the release of the letter of accusation against Kavanaugh given by Dr. Blasey-Ford to Senator Feinstein until the two weeks before the hearing. Both Dr. Blasey-Ford and Senator Feinstein stated that the letter was meant to remain private, and neither had leaked it to the Washington Post. The Democrats, on the other hand, insist that the Republicans are not getting to the bottom of the accusations, and are trying to rush Judge Kavanaugh’s Supreme Court confirmation hearing.

The hearing is scheduled tomorrow, but some senators are calling for the hearing date to be postponed in order to investigate the charges brought against Judge Kavanaugh.

The photograph in the header was taken by Michael Reynolds for the Associated Press.