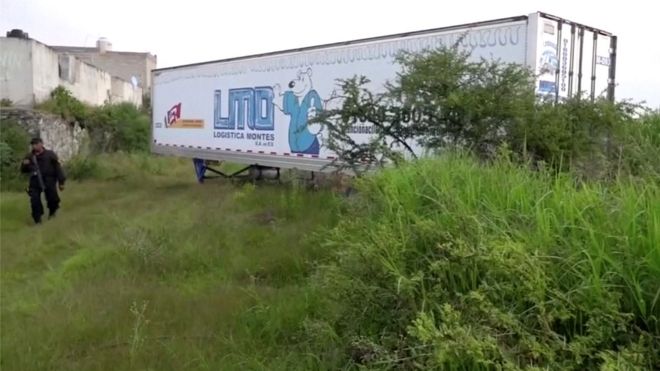 After it came to light that 150 corpses were being stored in a refrigerated trailer in Jalisco, Mexico, the state’s top forensic official, Luis Octavio Cotero, was fired.

A state spokesman, Gonzalez Sánchez, stated that Luis Octavio Cotero was dismissed because he failed to take responsibility for storing the bodies.

However, Mr. Cortero denied that he was responsible for storing the bodies, and stated that the decision to rent the trailer had been made by the office of the state attorney general two years ago, as a temporary solution to handle the growing number of bodies. He also revealed that there was a second trailer that contained another 150 bodies.

The victims were killed in drug cartel-related violence and Mexican laws prohibit cremation of individuals linked in violent crime until the investigations have concluded and the cases are closed.

The photograph in the header was taken by a photographer for Reuters.