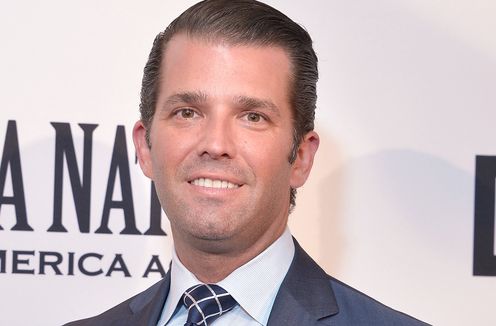 On Saturday, Donald Trump Jr. was interviewed by Breitbart, wherein he falsely claimed that President Obama’s policies led to the worst recovery in our country’s history.

“The biggest joke I’ve seen in the last two years is Obama claiming credit–trying to claim this economy, because his policies of over-taxation, oppressive regulation, guess what? That didn’t do anything. That drove this country into the ground. That led to the worst recovery in the history of probably economics but certainly our country’s history.”

President Trump then linked to the article on Twitter, quoting the headline, “Exclusive — Donald Trump Jr. to Obama: My Dad Fixed the Economy You Could Not”.

Exclusive — Donald Trump Jr. to Obama: My Dad Fixed the Economy You Could Not https://t.co/HXuSBGFmf2 via @BreitbartNews

President Trump, on the other hand, inherited a healthy economy due to steady economic growth since the economic recovery during the President Obama administration. As of 2018, the unemployment rate is currently at 3.9 percent, which is only a 0.8 percent decrease since President Obama’s last year in office in 2016.

The photograph in the header was taken by Shannen Finney of Getty Images.