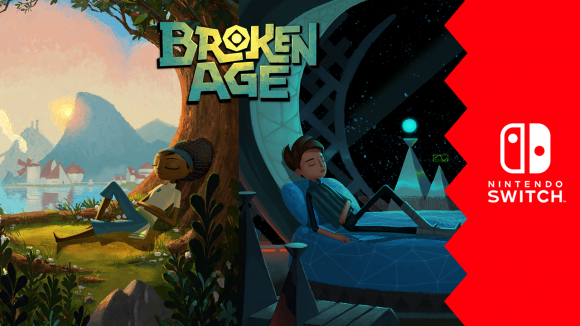 Broken Age, the successfully crowdfunded adventure game by genre veteran Tim Schafer and his Double Fine Productions game studio is out now on the switch through the Nintendo eShop.

It was originally released in 2015 for Windows, Mac, Linux, Ouya, Android, iOS, PlayStation 4, and PlayStation Vita. Broken Age is a point-and-click adventure game that follows two young people, a girl named Vella and a boy named Shay. Shay lives in a spaceship and is kept overly protected from harm, while Vella is chosen by her village to be sacrificed to an alien monster. The difficulty in puzzles begins easy enough, but it ramps up as the game goes on.

In related Double Fine news, another Double Fine adventure game is slated to be released on the Nintendo Switch. Grim Fandango Remastered is an updated version of a game Tim Schafer made in 1998 while he was employed at LucasArts, following a grim reaper named Manuel Calavera as he discovers a conspiracy of crime and corruption in the land of the dead. No release date has yet been announced for this title, although it was announced with the Switch port of Broken Age, so the wait shouldn’t be too long.